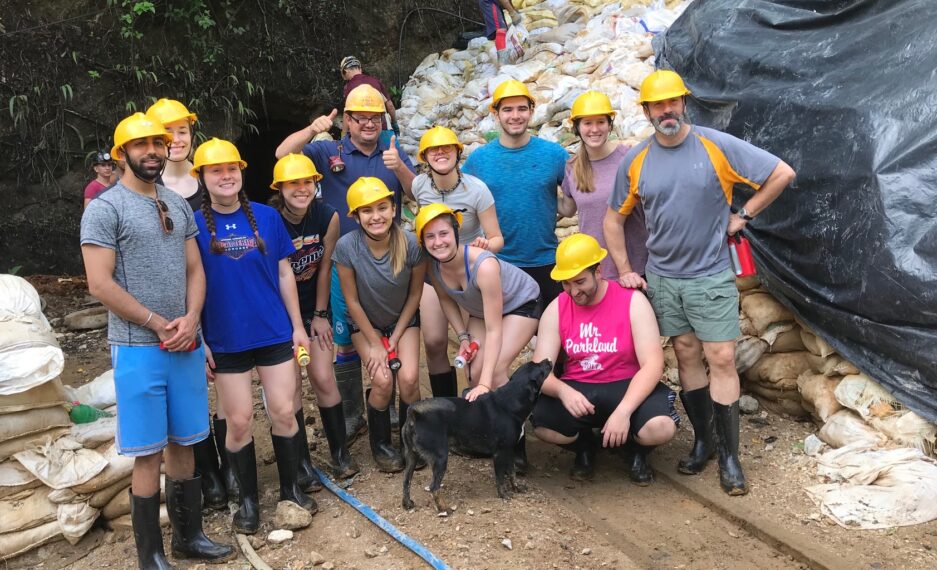 Who doesn’t love the nice, juicy, refreshing taste of a pineapple on a warm summer day? I know I do! While pineapples are available all year round, and their peak growing season is March through July which is right around the corner.

Aside from their irresistible taste, they also possess some great health benefits. Historically pineapple fruit, peel, and juice has been used in folk remedies to remove corns, tumors, and warts. The leaf juice has also been used as a purgative, emmenagogue, and vermifuge. Most notably, however, pineapples have been used to suppress coughs and loosen mucus. The benefits of drinking pineapple juice to help get rid of a cough are similar to that of drinking a glass of orange juice. The reason why pineapple juice is so effective at loosening this mucus is because of the enzyme bromelain. Interestingly, bromelain is actually toxic in high doses. However, consuming it in low doses in pineapple juice is beneficial. You have to be careful though because if you drink the juice from a pineapple that is not ripe yet, you may experience some of the toxic effects associated with bromelain like soreness in and around the mouth.

Pineapples are what are known as herbaceous perennials, meaning that their growth dies down annually but that the roots and underground parts survive all year around. Pineapples are grown by propagating the crown of stiff spikes from one pineapple and planting it. Eventually a new pineapple will grow on top of the stiff stems. Something that is really interesting about pineapples is that they are what is called a “coalesced fruit,” meaning that a pineapple fruit is actually composed of many individual berries joined together. When creating a fruit, a pineapple plant will usually produce about 200 flowers, each of which will develop into an individual berry and these will eventually turn into the pineapple that you know and love.

Nearly ¾ of the world’s pineapples come from Costa Rica. In the past 50 years, pineapple production has grown by 400% and has more than doubled in Costa Rica in the last 100 years. You may be wondering why pineapple companies like Dole can afford to sell pineapples for so little money. It is because of the fact that a majority of laborers on Costa Rican pineapple plantations are Nicaraguan migrants workers, many of whom are illegal. Thus, plantations are able to pay these individuals little to no money.

Luckily, there have been many protests in Costa Rica fighting against the pineapple industry and advocating for fair wages for workers. In response to these protests, Costa Rican pineapple growers have decided to Partner with the UNDP. With the help of the UNDP, Costa Rica is partnering with fair production companies in an effort to promote production and trade that is responsible and fair for their workers and the environment. The goal is to protect the staff at these plantations as well as the general public. Costa Rica has advised other companies like Ethiopia, Ghana, the Dominican Republic, and Indonesia to follow Costa Rica’s action model.

We want a model of pineapple production where workers are treated fairly, women are able to access leadership positions and are paid the same as their male counterparts, and where production does not contaminate water sources nor harm communities – but rather that the benefits of such production can be enjoyed by as many people as possible,” said Kifah Sasa, UNDP’s Environmental Officer.

Hopefully Costa Rica and other high-pineapple-producing countries continue to put social justice issues at the forefront of their business model so that everyone can enjoy a nice, juicy pineapple on a warm summer day without worrying that what they are eating is the product of exploitative labor.

In mid-October as you explore gardens on campuses, local parks or even in your own back yard particularly in raised beds keep a look out for something special: a crocus blooming in the autumn! This striking purple flower is Crocus sativus L., or the saffron crocus, in the family Iridaceae, and is the source of the world’s most expensive spice.

Also known as the autumn crocus, this species has an ancient history stretching back to 2300 B.C. in Greece as the earliest records of the plant are from frescos painted on palace walls in Crete, Greece. However, just because it originated in Greece, does not mean it is native to the area. The saffron crocus is not wild, but rather a plant cultivated from Crocus cartwrightianus Herb., as the species name sativus (Latin for “cultivated”) indicates; this makes tracing the plant’s origins difficult. However, despite its apparent Greek origins and that it is also being cultivated in Iran and India, the geographic origin of its wild ancestor remains a bit of a mystery.

C. sativus is largely cultivated and grown for the production of the world’s most expensive spice, saffron. The vibrant red tendrils of this spice are actually the stigma and styles (the most external female reproductive structures) of the flower. Each bloom only produces three, long sets of stigmas and styles that dramatically drape themselves between the petals. Not only are the flowers themselves harvested by hand, but the will-be saffron strands must be separated from the flower by hand as well. As workers separate these delicate structures from individual flowers, their fingers are stained the characteristic warm yellow color by the release of α-crocin, the carotenoid pigment the responsible for both the color and aroma that make saffron so desirable as an herb in cooking. The high price-tag of saffron is mainly because of the manual harvesting and the fact that so many flowers must be harvested and processed for a minute amount of the spice; tens of thousands of flowers are required to produce just one pound of saffron.

The C. sativus plant, itself, is pretty special as well. While the plant produces perfect flowers, containing both male and female reproductive structures, it is sterile and can only be propagated through the division of bulb-like corms under the soil. The plant is also an antispasmodic, diuretic, aphrodisiac, stimulant, antidepressant, and anti-inflammatory. Besides the stigmas and styles being used for yellow dye, the beautiful purple petals can be used for a dye of an unlikely color: a bright teal. This species has also been used to make Roman perfume and has been used in Mesopotamian religious celebrations.

There are a few concerns surrounding the growth of the plant and the economic side of the saffron spice. The underground corms of C. sativus are nutrient rich, making them the perfect food source for rodents that will dig up the corms and eat them, killing the plant. The saffron bulb mite, Rhizoglyphus robini, is also a common pest that poses some threat to the crop. Being underground, in a dark, moist environment, the corm is also susceptible to rot and fungal pathogens. However, the species itself has not been evaluated for its conservation status, indicating there is not much concern over the occurence of the plant. With regard to economics, as saffron has a high value as a spice, often times substitutes and false crops, like marigold and safflower, will be marketed as saffron with the hope that a cheaper product will pass for the true product, cutting production costs while matching retail success. Similar substitutions are made for other spices such as cinnamon and vanilla extract. When you shop for your saffron, make sure what you are buying is the real deal, or, better yet, pop some Crocus sativus L. corms in your garden and harvest home-grown saffron every autumn.

(Authors note: for those of you on the Muhlenberg College Campus, look for Crocus sativus in the raised beds in Parents Plaza in Mid-October)